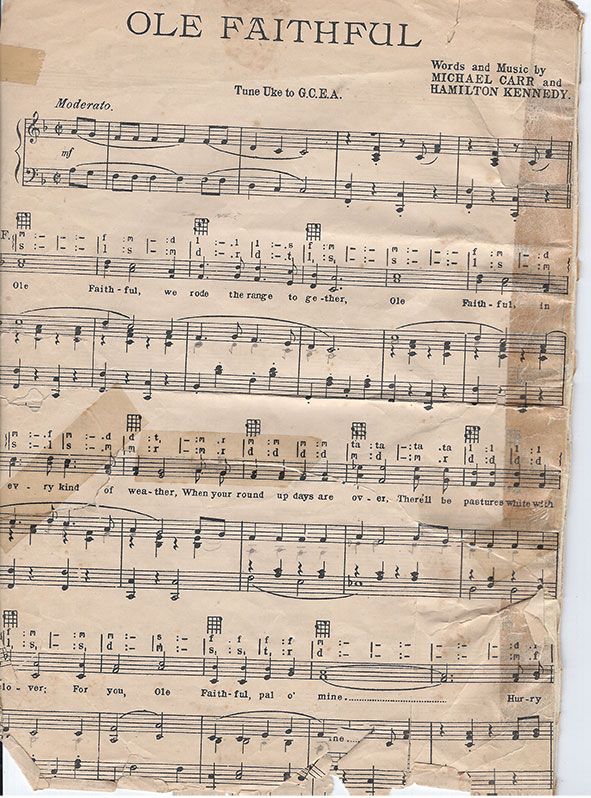 Singing has always been an incredibly important part of my life. And this has occurred in spite of the fact that I’m not a great singer and I have rarely belonged to choirs. (As opposed to maths, chess or climbing where I did have natural ability and I have belonged to many groups). So this is a very distinct peculiarity of mine. If you read to the end of this webpage, you might understand this peculiarity more. 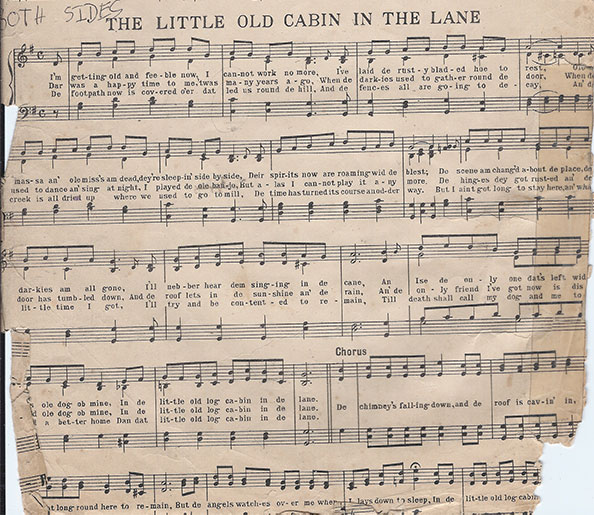 I love these old songs.

My singing started at an early age on most evening, singing to my Dad’s piano playing together with my brother. We just sang the common songs of the day – Stephen Foster etc.
This activity had to stop temporarily when my Dad had to go to an eclipse for six months. During this time we went all to NZ. My Mum and my two younger brothers stayed with my grandparents, while Clabon and I stayed at a very small boarding school. But I took our songbooks with me. So Clabon and I managed get a significant group singing on many nights without any teachers helping us at all. I was very keen indeed (Clabon always joined in – but I was the one that instigated the singing). I still have one ancient yellow page from one of those old songbooks. I still use this sheet to sing the original words to “The little old log cabin down the lane”. 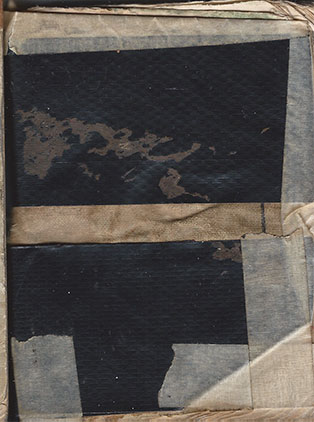 I’m afraid this song-book has been patched up so many times that you can no longer see the cover.

In cubs and scouts my enthusiastic singing continued. I still have an ancient copy of the “Hackney Scout Songbook”, which I use to sing quite a few of those forgotten songs. 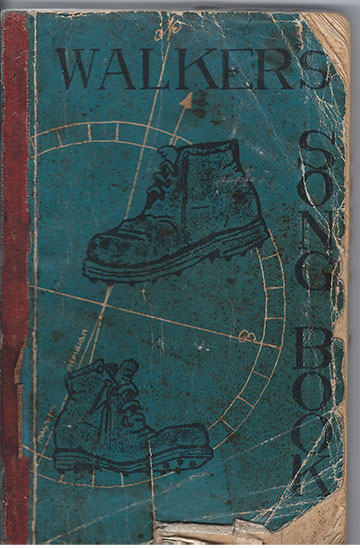 This is the Kameruka Song-book.

For me it is a sad fact of life that I could rarely get climbers to sing – it wasn’t their thing. But the Kameruka club were terrific for singing on the evenings on bushwalks. They produced two songbooks both of which I still use regularly.

This is one of the very few articles I have every written for a club magazine.

With this club, a challenge, which was to occupy me for a considerable amount of time, was to sing a thousand songs on an ordinary bush-walking trip. My first attempt at this challenge is described in the article on the side. {The article also describes the rationale behind the challenge and the joys associated with it.} The next attempt was a trip down Rocky Creek (Wolgan area) – this produced a total of a little over five hundred songs.
To definitely sing 1,000 independent (as the article describes) needs a fair bit of organization. Our first successful trip was: a train trip from Central Station to Katoomba, then walking – Narrowneck – Mobbs-Soak – the Cox – Breakfast Creek – Carlons – Katoomba and then by train back to Sydney singing almost all the time at we were awake. We had 4 lead singers – Jack Higgs, Carol Pereia, Don Wilcox and myself and we each chose 250 songs. {Chosen successively so that we did not overlap our songs – I chose last – this meant I had to include a lot of nursery rhymes and hymns etc.} We then sung with 2 people leading the songs alternately in lots of 20 – so that the leaders had a break from thinking if not from singing. Every one of course joined in the songs when possible – by the way the total party was 9.
In general it takes about 2 minutes to sing a song and so the total singing time was about 33 hours (the article says 3 min and 50 – hours but this wasn’t really the case). We started singing on the train – continued while walking along Narrow-neck and then a bit more around a fire at the end of the Neck. Thus our total was about 240 that night (i.e. 8 hours singing). The next day we sang fairly solidly (i.e. 16 hours singing). The final day was a bit easier (about 10 hours singing). As the article says – you get tired but, if you don’t strain it, your voice seems to last for ever.

Finally, following my example, the University of NSW mountaineering club also organized a 1,000 song weekend, which Jack and I joined in. This was a more relaxed affair and in a way more enjoyable – but naturally one was less certain that 1,000 independent songs had been sung. The whole thing was a great experience and I would do it all again if I had the chance.

It is hard to get people singing these days. It is so much easier to amuse oneself by watching TV. So I have gradually started a habit of singing every night just by myself. I started in the early 1990s singing 4 songs a night. Then, when I broke my back, I increased this to 10 songs a night (5 normal songs early in the evening and then 5 hymns later in the evening). I cycle through all the songs I know (about 600) every few months. I have become very attached to this evening ritual. It gives my something to do in the evenings and it forms a break from watching TV.

So singing has always been a very important part of my life. As I cycle through all my songs, each song reminds me of the people I used to sing it with, and the meaning we used to attach to each song. So all my old memories come flooding back – this operation gives me unity with all my past life. I want to continue this singing till the day I die.

My next normal webpage is “Dancing”.