My Ascent of Toyland 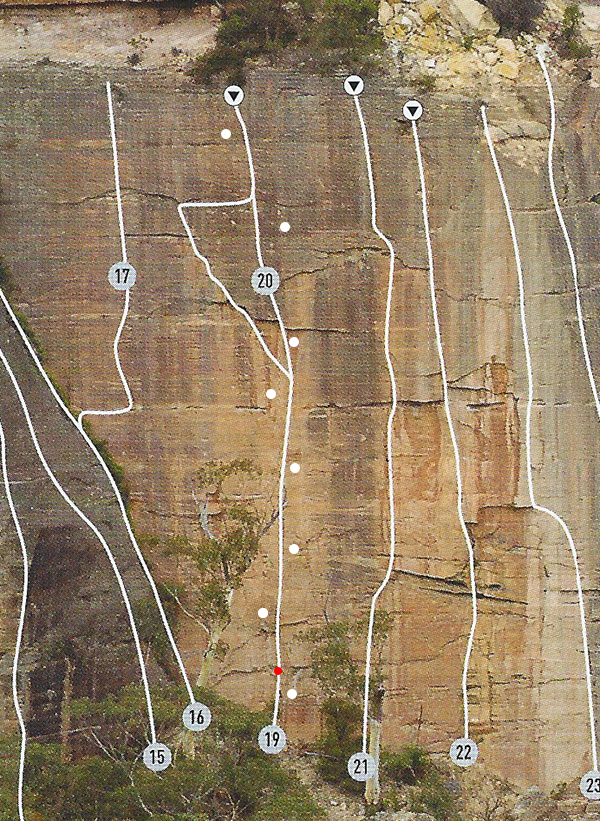 This picture mostly comes from a scan of the latest guidebook to the area. Then I have added the 8 bolts, as best I remember them. Then the red spot is the only jam protection I could find. It is a wonderful natural line.

For most of my life, I have acted like a normal “club” rock-climber. This means I join the trips the club organises and climb with its members. When there is not a club trip, then I will invite anyone I know to come and climb with me. In general I am a social climber and like to climb in a crowd of other climbers.
But such a system does not usually lead to doing very hard climbs. To do a hard climb it is best to climb with just one partner of the same standard as oneself (and then concentrate on just one particular hard climb).
I have rarely done this because such a practise is less social. But just once in my life I would try to do this. I chose Toyland to be the hard climb I would try.
At that stage in my climbing career (1997) I had done about half-a-dozen good classic grade 23 climbs ‘on sight’. So I though a good grade 25 would be a suitable grade to have a go at trying to do as a “project”. And I fairly rapidly decided that the classic climb Toyland at Cosmic County should be the climb I should try to do for my project.
At this stage I think I should print out what the current guide says on the climb: 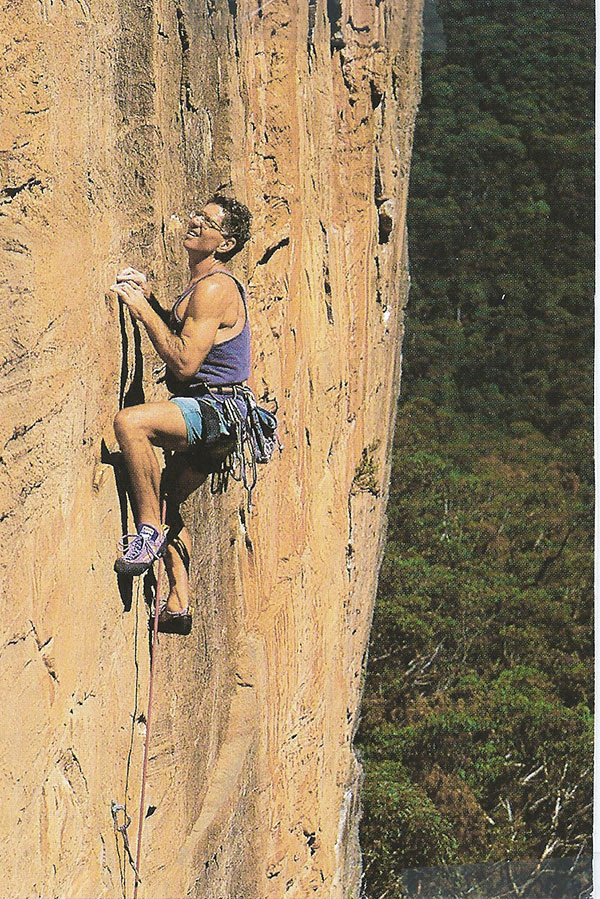 This picture shows me climbing up just a little before the crux moves.

Toyland (direct) ***** 25
Great face climbing around vague seam with a bit of lay-backing thrown in. The climb has a complicated history of aid elimination. The 1981 guide said, “The climb now stands as the hardest and most sustained lead in the Blue Mountains.” How time have changed – but it is still a classic test-piece. Start 3m right of KAQ. Up the thin seam to left leaning flake (a little over halfway up the cliff line). Go straight up passing glued on hold and a bolt. Has been recently rebolted.
30m – G Brabury 1981, W Baird 1981, M Baker 1987
So you can see that this is a great classic climb to try to do.

For me, finding a partner was very difficult indeed. All the people I climbed with were not used to spending a large amount of time on just one climb. This was not part of their climbing ethics. But I persevered and, after a while, I had many different partners. Thus Stunto, Tim my son. Elaine Prior and Greg James were all partners for occasional days. But finally I found a partner in guy called Dino Dave. We finally had four days on the climb before we finally did the climb. Of course we used a top rope quite often, particularly for that dino-move, which I am preparing for in that famous photo of me.
I think many climbers feel that siege tactics like this should not be used (except for first ascents). But for me it was a wonderful experience. I learnt a lot about really hard climbing.

Firstly it is wonderful to realise how some really hard moves become easy after constant practise. This was particularly true of the moves at the bottom of this climb. After a while, the sequence of moves, from the bottom to the second bolt, became remarkably easy. It is wonderful to feel the climb getting easier.
Secondly a climber really learns how really to “milk a rest position”. Near the second, fifth and seventh bolts, there are rest positions of sorts – but they are not very restful. I simply forced myself to stop at these positions for about 2 minutes. During this time I would swap my feet around and, at the same time, swap my hands around shaking the free hand behind me. Forcing oneself to rest in these awkward positions really does help.

I recommend that all climbers, at least once in their lives, to have a prolonged effort at doing a classic hard climb (above your normal standard). It is a very fine different experience. In general this experience will even help a little with your normal climbing. 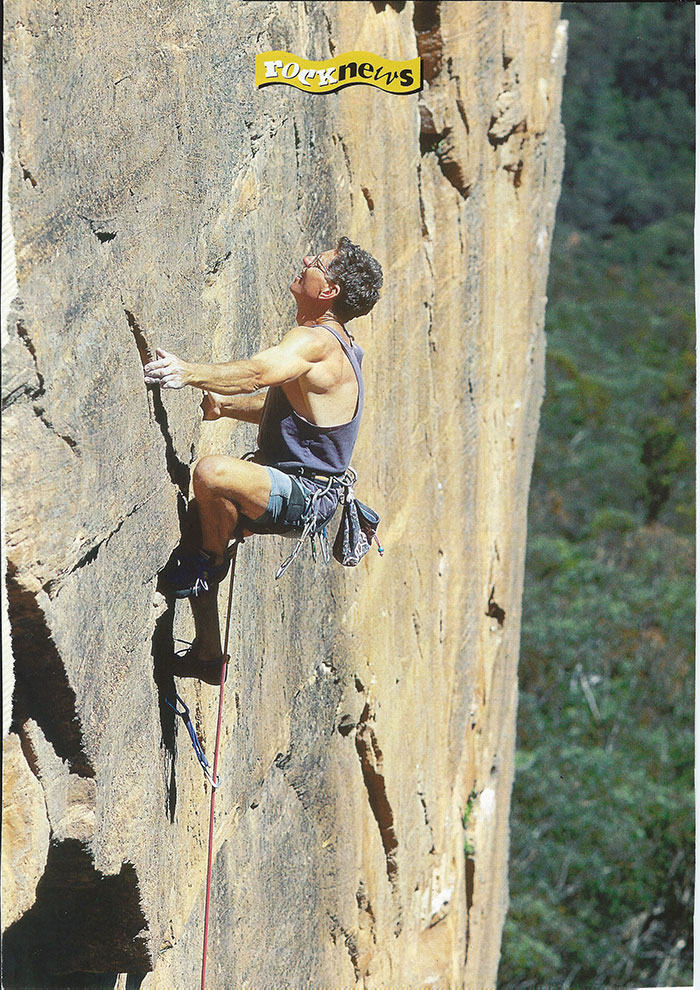 This great photo shows me just above the crux of the climb as I crouch to do the dyno move above.

My next normal webpage is “Society of Choice”.